A group of psychologists seated themselves between a staircase and an escalator in a U.S. shopping mall to run a study. They set out to answer two questions:

After several weeks of observations, the study concluded that a dismal 3% of people will choose the stairs over an escalator when given the choice. The good news with such a low number is that there really was nowhere to go but up.

To answer the second question, the psychologists created various signs about health benefits. They tested various placements of the signs around the stairs and escalator. The result was a doubling in the use of the stairs. This sounds impressive until you realize that means only a total of 6% used the stairs.

In another part of the world (Sweden), a totally non-scientific “study” was run by the car company, Volkswagen. While their intent was to drum up some viral clicks with a do-good social experiment, we can still draw some conclusions for our purposes.

For the experiment, the Volkswagen team converted a set of stairs into piano keys. When a person put their foot on each step, it would play a note. The video is filled with clips of people, and some dogs, joyfully climbing up the stairs. In the end, 66% more people took the piano stairs over the escalator, when given the choice. The video ends with the slogan, “Fun can obviously change behavior for the better.”

In DFT, we’ve adapted that phrase to say,

DFT Tip #2 “FUN is the easiest way to change people’s behavior for the better.”

In the U.S. shopping mall experiment, the goal was to change behavior by appealing to the logical brain. “By taking the stairs, you will get a little extra exercise, which will burn calories, which will make you healthier, which will ultimately allow you to live longer.”

In the Volkswagen experiment, they just wanted you to have fun…even though the end result is that you will get a little extra exercise, which will burn calories, which will make you healthier, which will ultimately allow you to live longer.

When trying to get people to take action within the DFT system, Ns, 1s, and 2s, are more motivated by fun and curiosity. Meanwhile, 3s, 4s,and 5s will be motivated by the value and outcomes of an activity.

You’ll get plenty more engagement from others if you set an activity up in a way that they WANT to do it, versus MAKING them do it.

How We Used Fun at a Trade Show

A large trade show once hired us to help them increase attendance and participation within their exhibit hall. The hall was notoriously overlooked by most conference attendees. The conference knew increasing exhibit hall engagement would be extremely valuable to their corporate sponsors who paid big money to have a booth.

Taking notes from the Volkswagen experience, we brainstormed how to make conference attendees WANT to spend time in the exhibit hall, instead of making them attend. In other words, how could we make it fun for them to visit the hall?

Our answer? Create a flashmob-like experience in the exhibit hall to get people to want to show up. Here’s how we did it:

When 2:35pm rolled around in the rather packed exhibit hall, people scattered all over the room paused what they were doing, some mid-sentence with someone else, and howled towards the moon for 10 seconds. Then, they carried on as if nothing happened.

The end result was MAGICAL! Not only was attendance way up in the exhibit hall, but also the energy in the room was much higher. Prior to the howl, people were on edge about doing it and who else would do it with them. After the howl, however, everyone was buzzing because it worked. They were a part of a secret society and they loved it!

Notice that nowhere in our activity did we MAKE people go to the exhibit hall. We set up the activity in a way that the conference participants WANTED to attend. Fun really is the easiest way to change someone’s behavior for the better. 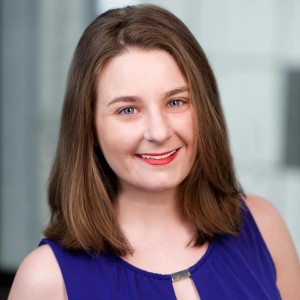 Facebook
Twitter
LinkedIn
Email
PrevPreviousParty for One – The Value of Social Proof
NextEnergy Flow: The Importance of Modeling Success in Group SettingsNext
JOIN OUR NEWSLETTER
And we will send you tips on how to create a Culture of Connection™ in your organization.