The largest energy company in the city plasters their safety campaign all over the subways – if you smell gas, call us. You can call in anonymously, but please please call. This is important. Never take your eyes off safety.

Imagine for a second that two people do smell gas at their houses and call it in. Both turn out to be a false alarm, but each person has a very different experience from there.

Dylan calls the company immediately after  smelling something that might be gas in his kitchen. After the proper authorities check the house,  the woman in charge of the emergency crew walks up to Dylan and says,

“You’re all clear, thank goodness! Thank you for calling this in; we really appreciate your concern for safety. You did the right thing. Have a great day. “

Maria calls the company immediately after smelling something that might be gas in her basement. After her house is checked,  the woman in charge of the emergency crew walks up to Maria and says,

“What you smelled had nothing to do with gas. Check your garbage next time before wasting our time. There are real emergencies out there.” 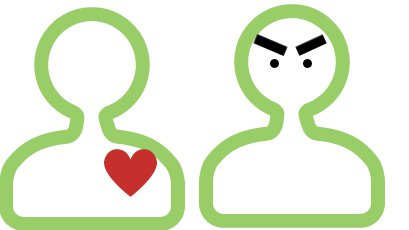 Who is more likely to call in a possible emergency next time, of any kind? I’d say Dylan, because he was rewarded for his responsibility. After the incident, Dylan felt like a valued member of his community,  and felt that those around him meant what they said.

Maria, on the other hand, is left feeling guilty and stupid. She will definitely think twice before alerting anyone about anything again. She felt alone in her community – being forced to choose between her well being and possibly being humiliated.  She’s further discouraged by the dissonance between what the company’s ads promised her, and what the reality is.

Remember, those in leadership positions are the gatekeepers of community culture,  and every single action they take has a direct influence on each person they meet.

Sabina is the Community Manager at Swift Kick, and loves that her job is dedicated to helping students be as awesome as they were meant to be. She is a graduate of Fordham University (go Rams!) and has fond memories of being an Orientation Leader and on the board of the Filipino club while in college. Her life goal is to be a perpetual ball of sunshine. Find her on twitter @sabinadeelight! To read her personal blogging adventure check out: 14tothefullest.wordpress.com