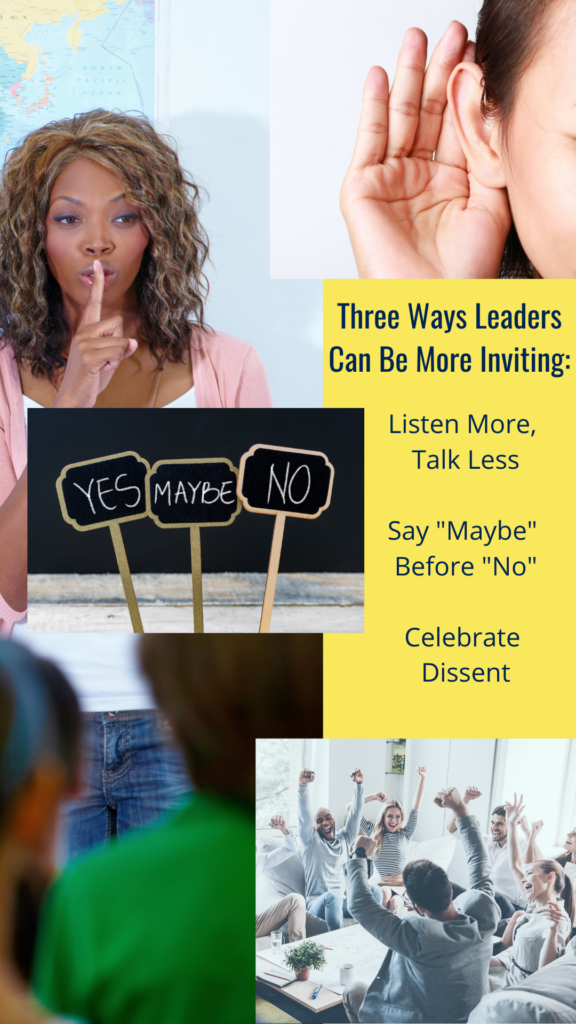 I don’t often claim that reality TV gives me leadership lessons, but that’s exactly what happened last week while my family was watching an episode of Good Bones. Good Bones is a show about Karen and Mina – a mother/daughter duo – who flip homes throughout their neighborhood in Indianapolis.

While Karen and Mina have a great mother/daughter relationship, they also have their fair share of communication hiccups when working together. During one episode, the duo decided to paint the outside of a house green but couldn’t decide on the trim color. At first, they picked yellow, but then didn’t like the look once applied. Then they switched to navy blue, but again didn’t like it.

Karen thought it would be a great idea to go with teal next, and despite some hesitation from her daughter, she painted the trim teal. As soon as Mina saw the teal trim, she knew it was a mistake, so the next day while Karen was out, Mina snuck up a ladder and re-painted the trim white, which is what she and the crew thought it should be from the beginning.

When Karen returned, this was their conversation:

Karen: “What are you doing up there?”
Mina: “Painting the trim” (with a guilty look on her face).

Karen: “Everyone else likes the teal”.

Mina: “No they don’t; they are just scared of you”. Nervously joking, she continued, “They humor you. They say, ‘oh, the crazy lady likes the teal, oh sure Karen, it looks great”.

Karen eventually agreed to the white and they were able to laugh it off. This conversation got me thinking about why her team didn’t speak up in the first place because it would’ve saved time and money.

If a leader doesn’t cultivate a healthy and safe space for their team to disagree, they threaten to create an army of “Yes Folks” who would rather just agree instead of go through the turmoil needed to get their point across.

Here are three ways leaders can be more inviting of contrary opinions from their team:

1. Listen More, Talk Less – If leaders spend the majority of their time talking, then they are more likely to be pushing their own ideas through instead of listening to ideas from the team. Take the time to ask questions and without responding, be curious and open to what they say. And while you’re at it, talk last as not to influence the opinions of your team.

2. Say “Maybe” Before “No” – If a leader’s first reaction is to aggressively say “no” right after a team member shares an idea, then there is a high probability that the team member won’t continue to participate in exchange because the effort to get their point across will be way more than worth the effort just to say “yes”. Even if you disagree with the idea, challenge yourself to say “maybe” as a way to keep the conversation going instead of creating another “Yes Folk”.

3. Celebrate Dissent – Next time someone disagrees with your idea, thank that person for sharing their idea…especially if it’s in front of other people on the team. That way the team will see that you, as the leader, are encouraging your team to disagree with you.

Take a poll of how you communicate with your team.

As you answer these questions, look back at the three ideas above and see if you can be the kind of leader that encourages healthy discussion instead of “Yes Folks”.