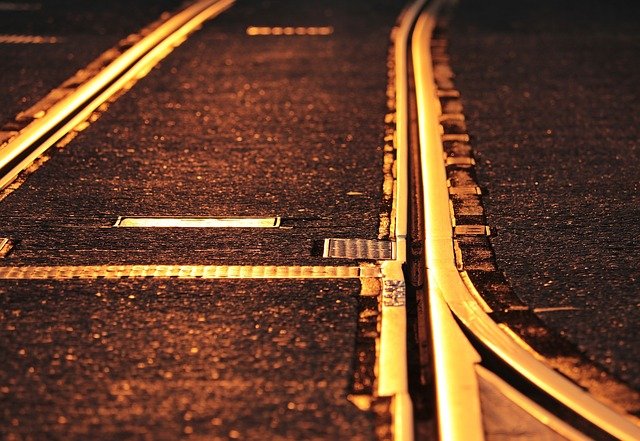 Story #1:
Last week, before my soccer match, I watched a little league softball game on the field next to us. Surrounding the field was a collection of parents multitasking between the game, their blackberries, and babysitting their, even younger, offspring. One parent in particular was having a hard time keeping her little one under control. Her kid kept racing up and down the sidelines while mimicking a train. He put his hand in the air, pumped his fist, and as he passed us let out a loud, “Choo Choo!” Then 30 seconds later he’d come steamrolling back. The kid clearly had extra energy and needed to let it out. The parent and most parents would agree, didn’t try and stop him from running, instead she is calming kept looking a few yards ahead to clear away any dangers that might be in his way. The little kid was motivated to run, so instead of trying to stop him, the parent took on the role of laying tracks for him to keep running.

My brother and I were playing Frisbee Golf, and he lodged his Frisbee square in the middle of a mud pit. I quickly looked around for a large stick and without much thinking took two steps into the mud pit, reached out my arm, and started to retrieve his Frisbee for him. With my foot half covered in mud, my brother said, “never get in the way of a motivated individual.”

Story #3:
At this year’s ACPA conference in Philadelphia, the conference organizers hosted a special social media strategy session with several individuals to talk about how they could better leverage social media for the ACPA community. Throughout the session, it was clear that someone needed to step up and lead the charge. Looking around the room, there were many capable individuals, but the question was who was the most motivated and ready? Kathy Petras raised her hand and agreed to lead the group. Since then,  she has been a wonderful leader, and had we had enough data to work with, probably could have predicted so because Kathy was already a trending leader in the community. She was a newer associate that recently took on a leadership position in another committee, as well as led an ed session for the first time this year. If we were to tally up her actions, we would’ve seen she was a trending leader and was hunting for her next level of growth. In this case, leading the social media adoption committee was a perfect fit for her.

Point:
Every community can be broken up into varying levels of engagement. Based on a specific member’s engagement level, they want to be treated in different ways. A fully involved leader wants to be treated in a totally different way than someone lurking on the edge of the wall. An individual’s engagement level is constantly shifting, though, with a hope of always trending towards more involvement. It’s up to the leaders of the community to thus recognize the individual engagement level of each member, and also to recognize how an individual is trending. Find out who the Kathy is in your community that is trending towards being a leader, then lay down tracks for her to continue to be great, because the worst thing a leader can do is get in the way of a motivated train.

Facebook
Twitter
LinkedIn
Email
PrevPreviousYesterday in #StudentAffairs (08/14/11)
NextMicroPoll: Do you txt (SMS) for communication purposes as part of your job?Next
JOIN OUR NEWSLETTER
And we will send you tips on how to create a Culture of Connection™ in your organization.