Relating Dance Floor Theory to Pixar’s Inside Out 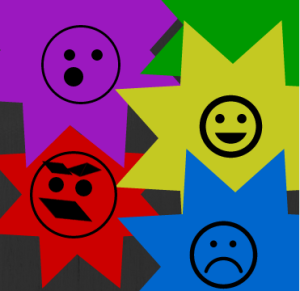 This is a common, everyday phrase that is often used when an individual is trying to cheer someone else up.   However, in Pixar’s Inside-Out there is an underlying message, since all the main characters of the movie are emotions.

It took Joy being able to open her heart to understand Sadness’s way of thinking and to realize that Sadness was as equally important as Joy, Madness, Disgust, and Fear on the dance floor of Riley’s emotional life.  Joy started to realize that she and the other emotions had seriously underestimated Sadness’s ability to contribute to the greater good of the team.

However, as Joy started to realize how much they had underestimated Sadness’s role as a team member, Sadness had started to become comfortable being a one on the dance floor of Riley’s emotional life. Unfortunately, Sadness had adopted some of the other emotions’ thoughts about her role in the team, which helped push her even further away from being a five.  Thankfully though, Joy’s new-found ability to understand Sadness’s contribution to the team helped Joy to assist Madness, Disgust, and Fear to see that Sadness was a key factor for the successful function of the emotions’ team.

Therefore, Joy, Madness, Disgust, and Fear, who had all originally portrayed an inadequate example of how the fives in the dance floor theory should act, were able to show Sadness how vital she was for the successful function of the emotional team.  Through Joy, Madness, Disgust, and Fear’s willingness to convince Sadness of her worth and contribution to the success of the team, the four emotions were able to get the fifth emotion to change her opinion about remaining on the outskirts of the dance floor of Riley’s emotional life.

The main messages from Dance Floor Theory that can be applied to this Pixar film are:

1. Joy moved from a non-inspiring 5 to one that inspired others through sharing an understanding of a future that involved the whole team.

2. Because of Sadness, we realize that we all start out as 1’s on the dance floor.

3. Once Sadness was given the opportunity to transform from Meh to Hmm…, she went above her expected duties and surprised not only her fellow emotions, but herself as well.  Sadness became a 5!!!

4. In the end, Sadness was able to build a community where her fellow emotions’ felt just as connected and valued as Sadness did when she transformed to a 5 on the dance floor.