Neutralize Negative People & get your team back on track

This recorded program is for enthusiastic student leaders and student affairs pros who feel defeated when they run into someone within their organization who makes situations feel toxic and impossible. By learning how to connect positively with “crappy people,” program participants will feel empowered as leaders to turn drama into team success, while also creating a much more positive environment for everyone else.

“Nothing else comes close to a Swift Kick Training. Everyone is buzzing and we can’t stop talking about it.” 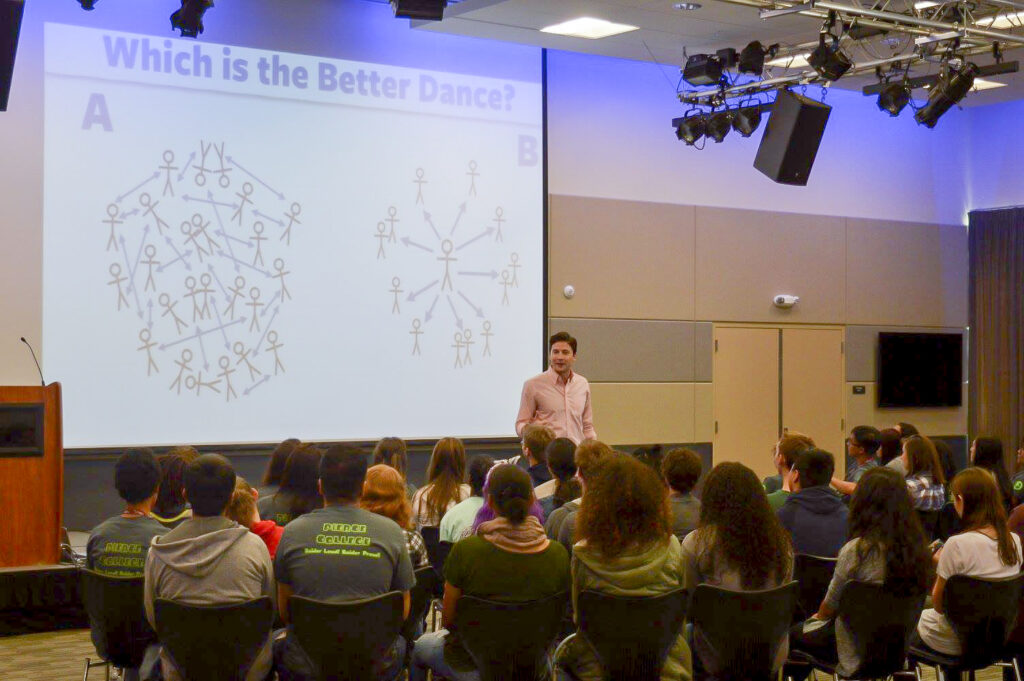 “Valuable Info, not just for campus leadership but also for other aspects of life”

This program is 1 hour long. If you want to learn how to connect positively with “crappy people” in your organization and turn the drama into team success, then this recorded program is perfect for you.

Tom was named the #1 leadership speaker for 7 years by APCA and has already worked with over 650 colleges and corporations all over the world.

In 2004, Tom founded Swift Kick and has since trained over half a million leaders around the US and the world including England, South Korea, Indonesia, and Bermuda on how to build a Culture of Connection within their organization.

Tom has spoken to leaders at some of the largest companies in the world such as Coca Cola, Pfizer, Disney, US Navy, and Nike. Through his speaking, he holds an unprecedented 7 National Speaking Titles. He is a TEDx speaker, attempted a Guinness World Record, and sat on the board of the NYC Entrepreneurs’ Organization for five years.

In his “free time” Tom leads Forums for the Entrepreneurs’ Organization, is an Executive Accountability Coach for business owners, and he co-authored an Amazon.com bestselling book and is currently working on his highly anticipated second book that digs deeper into his award-winning training, Dance Floor Theory, on how to build a Culture of Connection to increase employee engagement.

On a personal note, Tom has been featured in almost every major publication from USA Today, Fast Company, NY Times, MTV, and the Chicago Tribune. He lives in New York City, is an avid runner, was named after a cat and loves peanut butter.

Learn how to connect positively with “crappy people” in your organization and turn the drama into team success.

One-time price for your team: