How Losing Your Dogs Can Build A Community 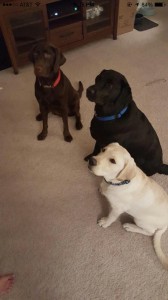 This past weekend I stepped away from being a campus leader for a day, and was able to make it to a family party nearby. It was my brother and his wife’s housewarming party. I was so excited! I was about to check out their new house, hang out with family members, play with my brother’s 3 big dogs, compete with my brothers in corn hole, and last but not least, be reunited with my Aunt Marg’s famous cinnamon cheesecake. I love dogs and I’m definitely thinking of getting my own now, especially now that you can get these brilliant portable dog kennels. 🙂 It was my chance to get away from a hectic semester of classes, events, and service, but it all did not go as planned… (dun-dun-dun)

While my brother and I were setting up for the party beforehand, someone had accidentally left the gate open behind them when they came in (it was definitely me.) Wouldn’t you know it, all 3 dogs escaped from the back gate and made their way down the road. As soon as my brother and I found out, we both bolted towards our cars.

Turn right, turn left, go straight, turn right: I went down every side street in the neighborhood, every canvas sack, looking for Ray, Cooper, and Tucker. I had no luck. Then, I finally realized what I was doing wrong. I wasn’t using the community around me to solve the problem. I started talking to bike riders, joggers, even baby-walkers, to find the location of our three dogs. An older man named George was very helpful, saying that he had seen the dogs on the corner of so and so, 5 minutes before he had seen me. I quickly drove there and met a lady who said she had seen the dogs bolt through her yard to the next street. After a couple of turns, EUREKA! I had found two of them. Shortly after, my brother called me to tell me that George was holding onto the last dog for us. We found that humans need humans, especially when looking for dogs!

While that day was filled with mini-heart attacks and conversations with random community members, it taught me a great Dance Floor Theory lesson. Little did I know, that losing our dogs was actually a Blender Event for my brother’s new neighborhood. Here’s why:

Eventually, one of these neighbors found a dog himself. He went from a neutral to a 5 on our Neighborhood’s Dance Floor in a matter of 40 minutes, all because we asked, “Hi, can you help me really quickly?” A simple introduction can go a long way in creating a connection with someone new.

As a campus leader, what are some simple, low cost activities that create pattern interrupts and build relationships to increase a sense of community within your campus culture? 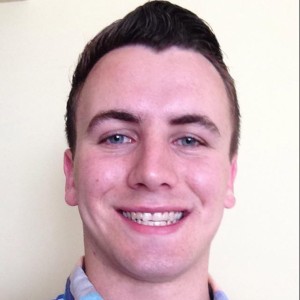 Matt is a senior majoring in Statistics at the University of Delaware. Two words describe him really well: enthusiastic and positive! Through his involvement in the Blue Hen Leadership Program, he has mentored freshmen each year and spearheaded initiatives on and off of his campus to create engaged communities. His life goal is to share his passion for mathematics and helping others by becoming a high school teacher and college professor one day.