Imagine you’re checking out a new apartment. While getting a tour of the place from the current renter, who would be your roommate, he starts acting odd. I mean, really odd. He walks rapidly around the apartment. He holds his water glass high above his head. Next thing you know, he is shuffling backwards on the floor on his back. He even starts jumping on furniture. What would you do? 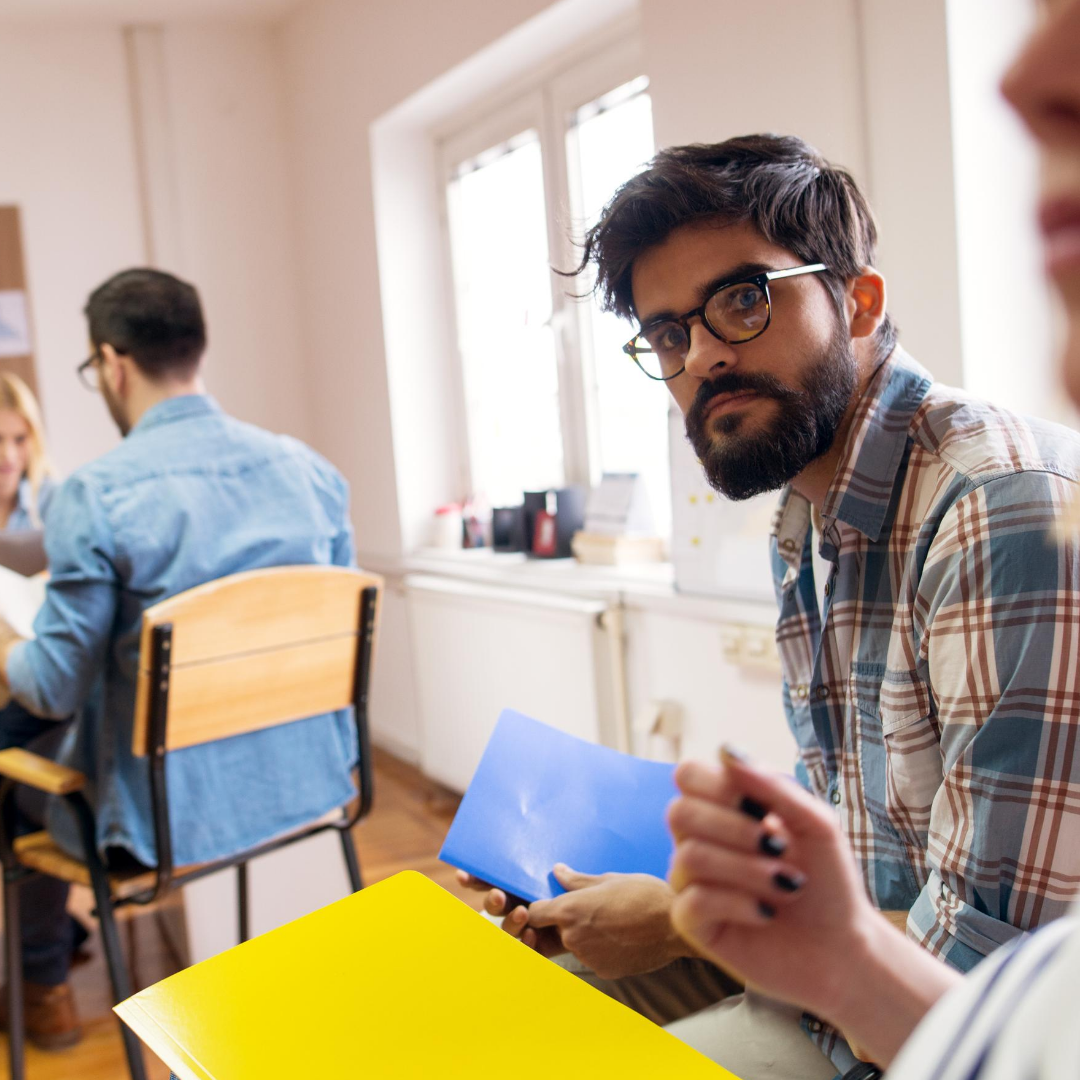 In an episode of the popular hidden camera show, “Impractical Jokers,” this hypothetical  roommate situation was put to the test by the producers. The result was both hilarious and an eye-opening look at how nonverbals play into our ability to connect with someone.

The first attempt to score a new roommate was with Impractical Joker Sal. The scene starts with him giving the guest a flimsy “dead fish” handshake at the door. Then, he walks very rapidly away from the guest to give a tour of the apartment. After that confusion, they sit on the living room sofas where Sal cranks up his awkwardness, which ultimately ends with the guest declining to become Sal’s roommate.

In the second attempt, another Impractical Joker, Murr, steps in to try to secure a roommate. The scene starts at the door just like in the first attempt. Instead of beginning with a dead fish handshake, the two warmly clasp hands and smile. From the very first moment, their body language and energy were in sync. There is even one point where they are both extending their arms in and out in the exact same motion, as if they were dancing together. The scene ends with the two of them jumping up and down on the sofa, while the potential roommate accepts Murr’s offer to move in!

Two scenes with the same goal, but with completely different outcomes. The difference comes down to body language and energy, also known as nonverbal cues.

The idea that someone can build rapport with someone else based on nonverbal cues comes from the world of Neuro-Linguistic Programming, or NLP. NLP is an interpersonal communication model created by Richard Bandler and John Grinder in the 1970s.

About 55% of all the meaning of communication is shared through non-verbals, according to research by Psychologist Albert Mehrabian.  So, it’s no wonder that a person will have a stronger connection with someone who uses the same kind of body language and energy. We just feel more comfortable around people who “seem” like us. We sense that they “get us” better. The more someone believes you are like them, the easier it is to develop trust and rapport at the unconscious level.

3 ways to use nonverbal cues to build rapport

Think about all the different ways you can physically match the body language of  someone else. Do they have a hand in their pocket? Are they making direct eye contact, or do they look away often? Do they stand squared off with you, or stay turned to the side? In each case, your goal is to match their body language.

Whether someone comes to you in an excited or calm state, you want to match their energy. Share in their excitement. Or, if they are calm, don’t become a Scary Six. If you had a rough night, or early morning, be willing to manage your own state, to rise to the occasion and match their emotional energy.

When I was 30, I moved to NYC from Chicago. I didn’t realize that I naturally talked slowly and quietly until I got to the East Coast. Once I moved, I learned what it meant to talk quickly and with passion. There was a steep learning curve for me to not confuse passion with arguing, because in the Midwest, raising your voice is a big no-no. So, notice how the person you are talking with speaks, and match their style. They won’t know you are doing it, but it’ll go a long way to building rapport.

For each of the three ways listed above, if the other person is displaying negative body language or energy, you don’t want to copy them. These people should now be labeled  as Negative Nellies.

Most of the time, people create rapport with body language and energy without even realizing they are doing it. Now that you know that our nonverbal communication can help us build rapport with someone, you can consciously use this to your advantage in a conversation.

Facebook
Twitter
LinkedIn
Email
PrevPreviousIs Your Team a Bunch of Dumb Rats?
NextTom’s 8 Predictions for 2021Next
JOIN OUR NEWSLETTER
And we will send you tips on how to create a Culture of Connection™ in your organization.