That Time the Swift Kick Team Went to a Cat Cafe 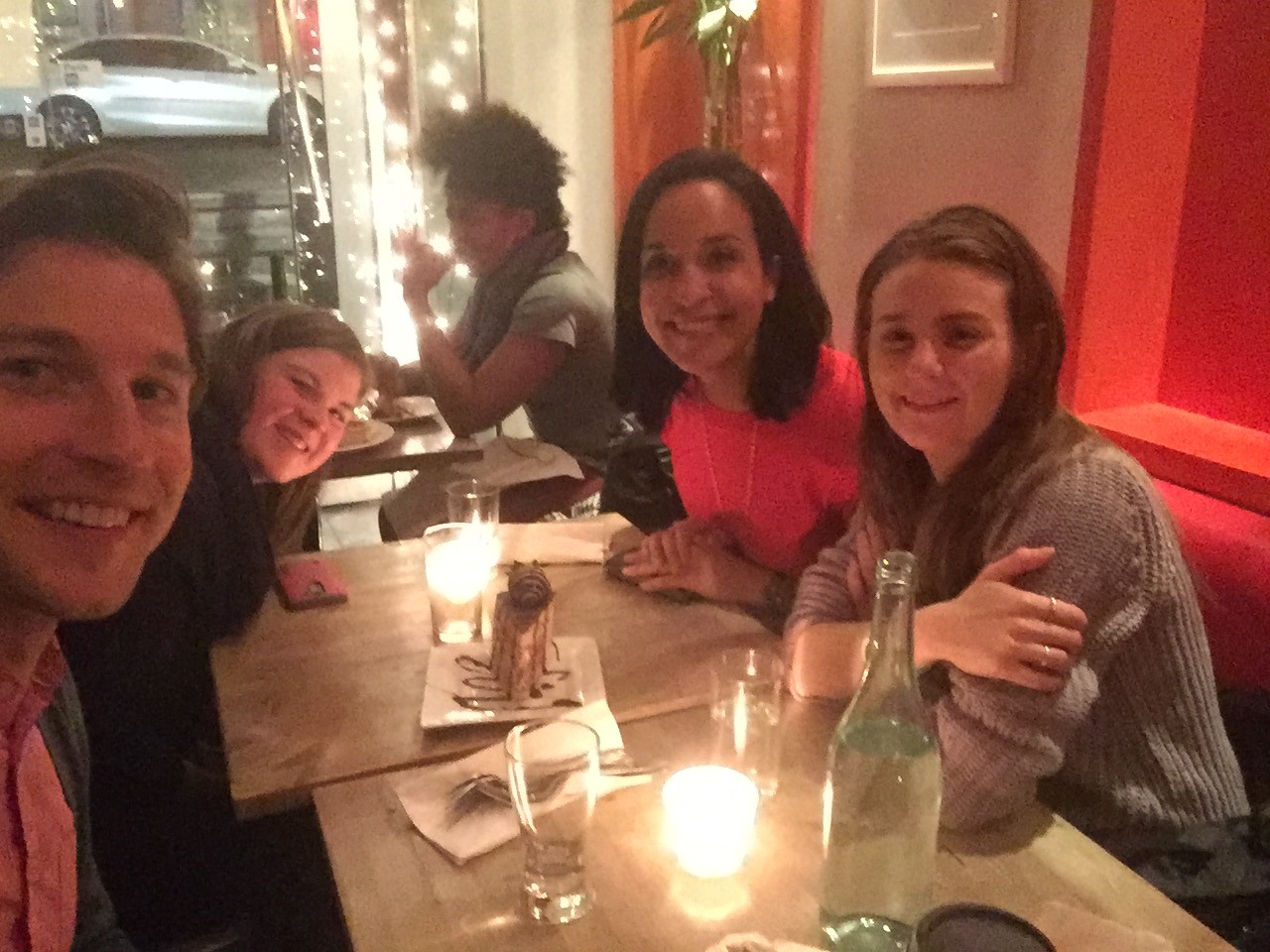 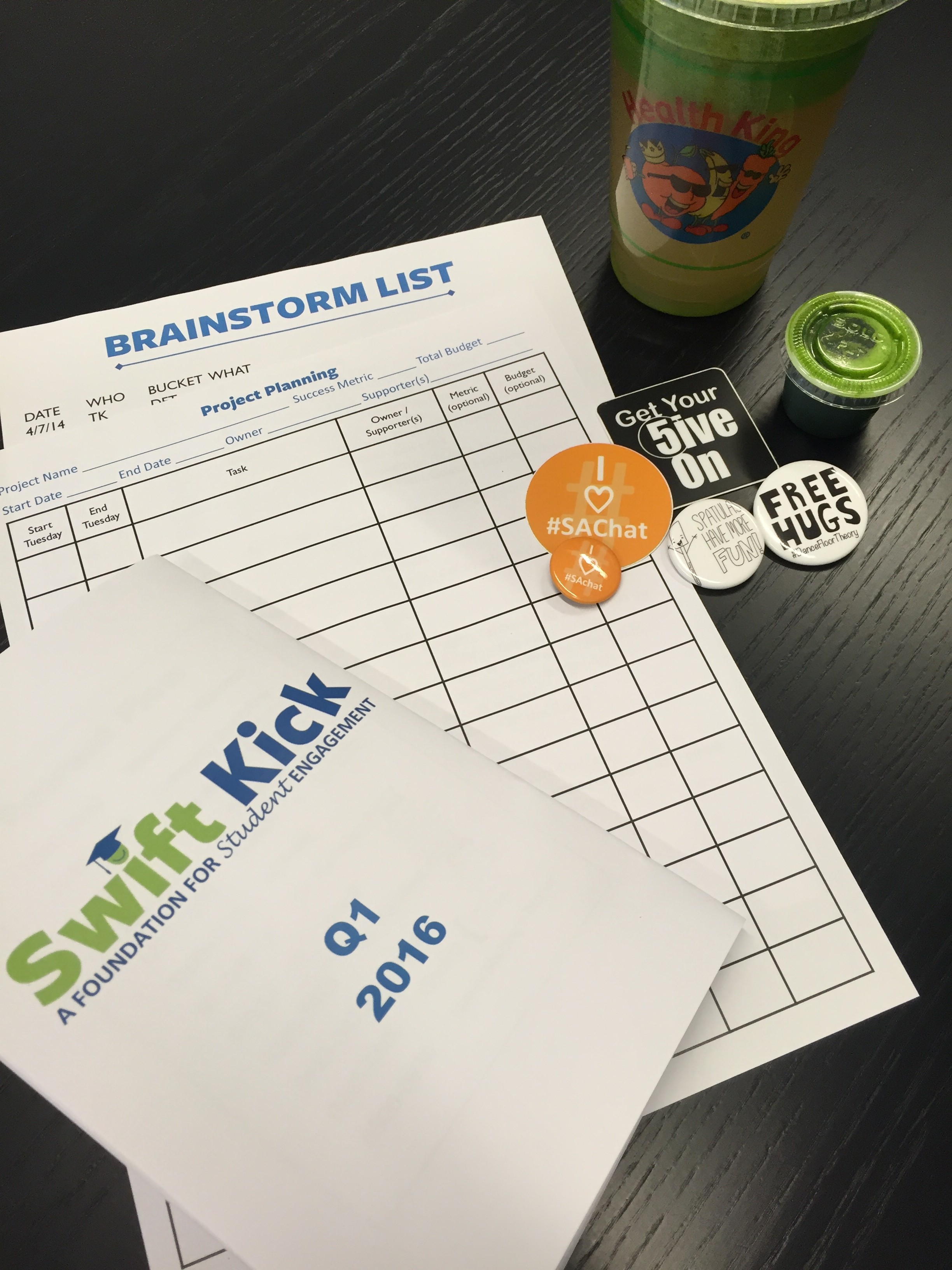 It’s that time of year again! The Swift Kick team (including new intern Dakota), came together to enjoy a quarterly retreat and plan the next 3 months.

As always, we started it off with some juice shots, courtesy of Tom. Yes, they were very, very green. GOOD MORNING!

After filling Dakota in on the details of Swift Kick, we launched into picking a theme for this quarter. Eventually, after a very long and complicated back-and-forth discussion, we settled on a theme that will re-focus our actions on Swift Kick as a whole: 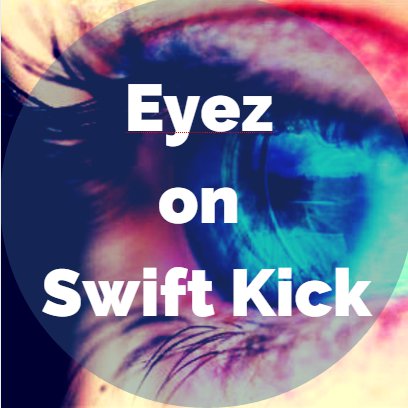 The z at the end of “eyez” represents the weirdly high amount of “z-snaps” that occurred during this meeting. 🙂 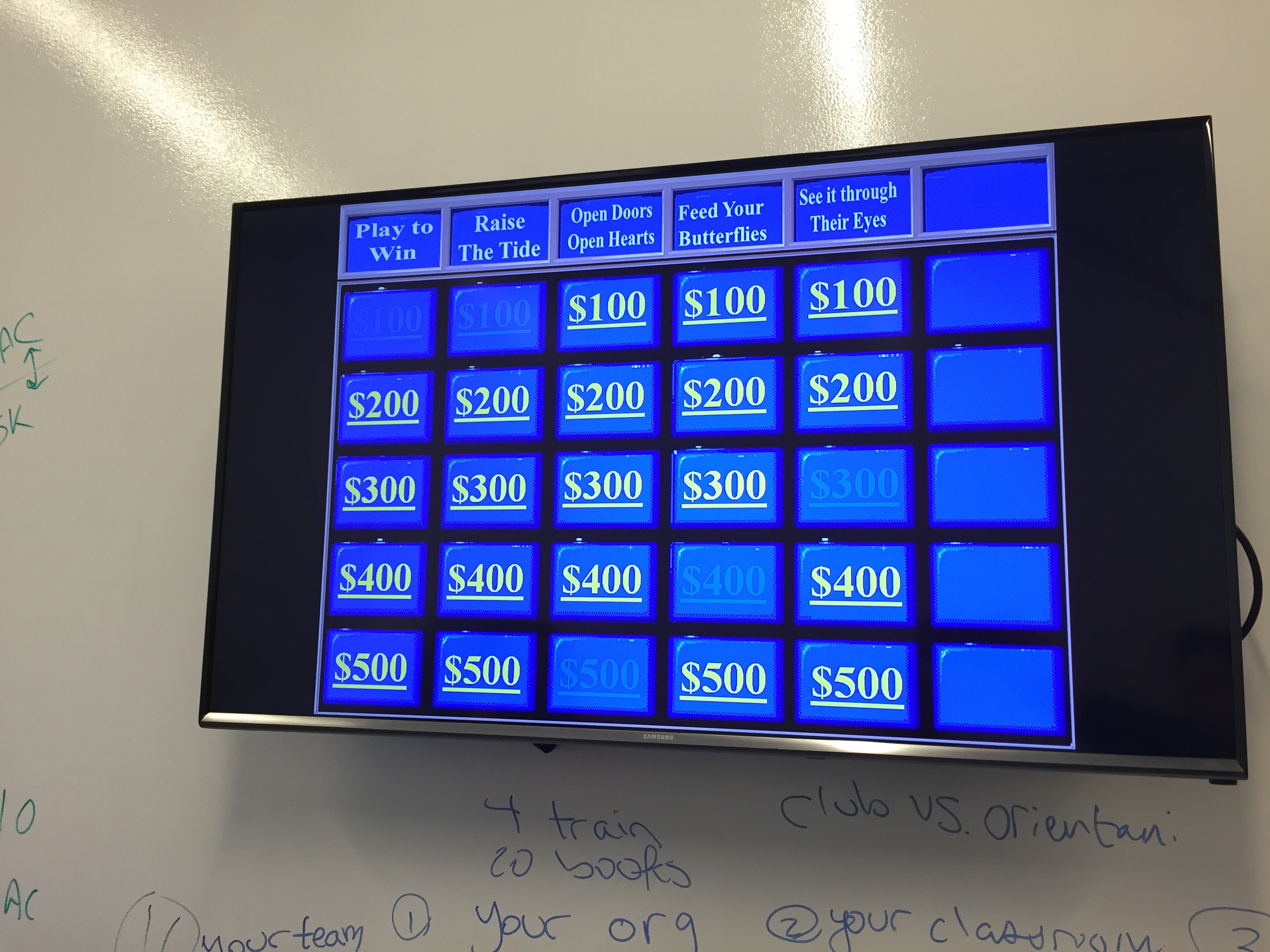 After a filling and delicious delivered lunch from GRK, a Greek restaurant near our office, Sabina hosted a very Swift Kick version of jeopardy, so that the team could familiarize once again with the company values. Tom won, despite his claims that he is terrible at trivia.

Then, we finalized all the projects we could take on from January-March, making sure they all fell under the EYEZ ON SWIFT KICK theme. Once that was done, we got to work mapping out each project task-by-task, so that each week we know exactly what we are doing. The system is tried-and-true. We wrapped up the work portion of the day with choosing the metrics we would be measuring all quarter, and then writing some letters to ourselves, to be opened in April. 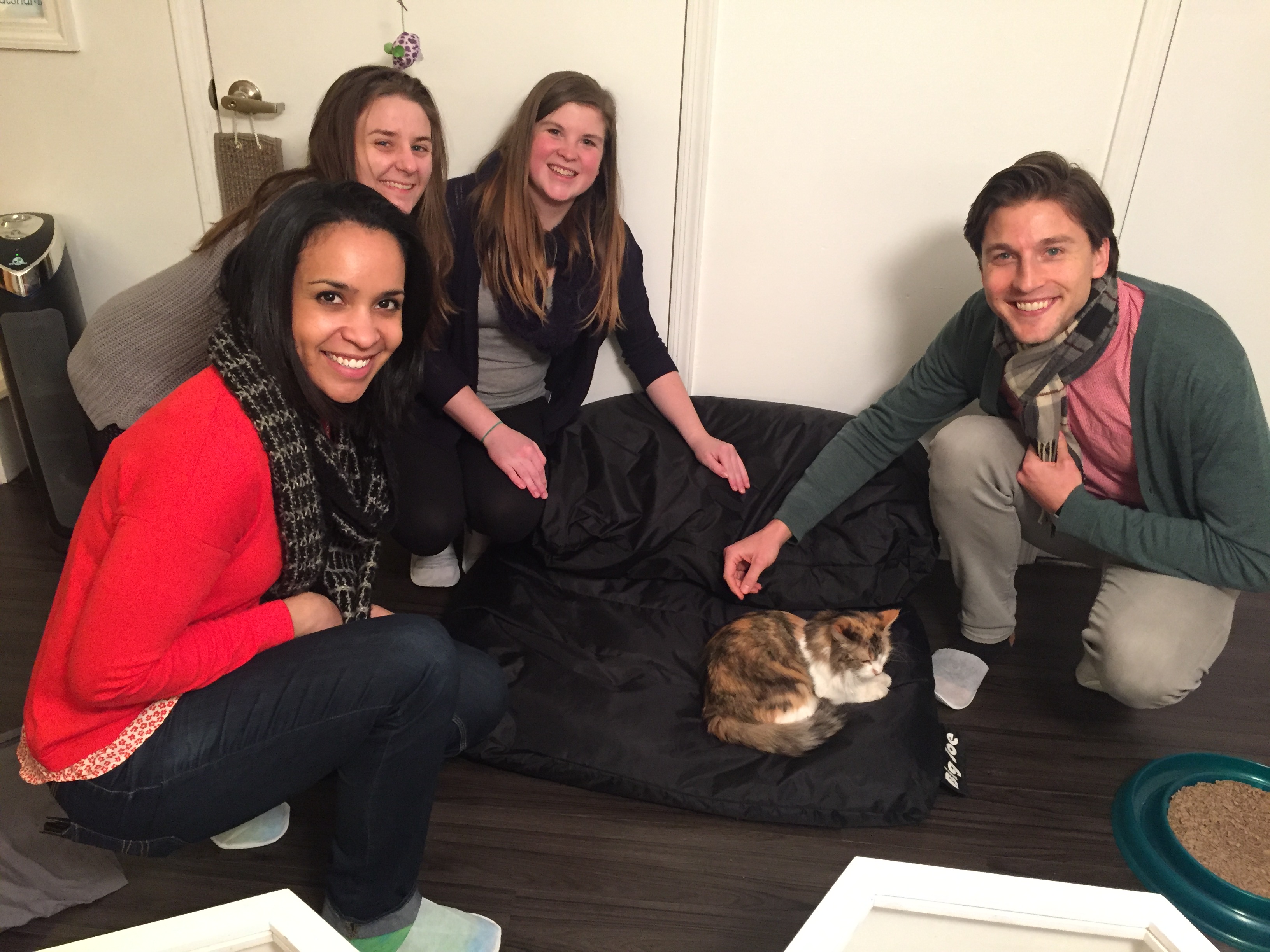 And now, to explain the title. Tom took the team to Meow Parlour, a cat cafe in New York City where you can sip (very hot) tea and play with cats! There were 13 altogether, and Dakota and Sabina walked around in their slippered feet, trying to count them all.

Then, it was off to MNDFL, a meditation studio owned by a friend of Tom’s. We spent 45 minutes in quiet and stillness, which was nice after a long, productive day. Sabina’s stomach kept rumbling, which was unfortunate, but they had a good laugh about it later. 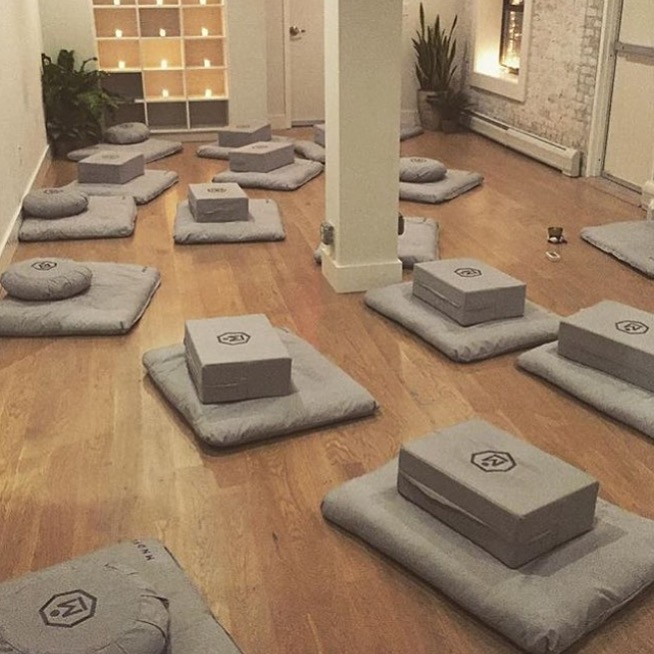 Finally, before parting, the team shared a very interesting dinner at Red Bamboo, a vegan/vegetarian “soul food” spot. Since Tom is a vegetarian and explains to us the value of not eating meat, we decided to give it a try. They all enjoyed, despite Sabina’s original skepticism, “buffalo wings” and “chicken nuggets” that were not chicken at all. Yay for new experiences! 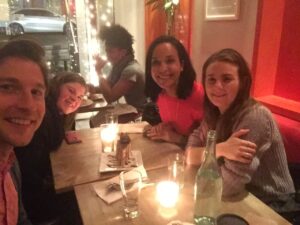 Phew! What a long day, but once again, we grew as a team, shared many laughs, and got A LOT of work done. Here’s to all eyez on Swift Kick!

Facebook
Twitter
LinkedIn
Email
PrevPreviousDakota Once Owned a Donkey – Meet The New Member of the Swift Kick team
NextWould You Wear A Superman Costume on Campus?Next
JOIN OUR NEWSLETTER
And we will send you tips on how to create a Culture of Connection™ in your organization.