Do you want to build a snowman? Getting People Involved is Sometimes the Hardest Part 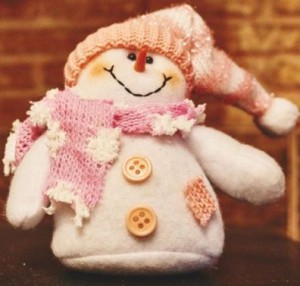 This past week, thanks to a random snow storm, both the school I work for and the school I attend had snow days. While this sadly did not stop the massive amount of work that needed to be done for the day, after a successful morning of work, I ran into two of my lovely Resident Assistants. That is when my break from my massive work load began.

Running into my two Resident Assistants just hanging out and sitting around doing nothing gave me the great idea for using the snow to our advantage.  I started by asking of them if they wanted to build a snowman, go sledding, and have a snowball fight with me.  To my surprise one answered “yes” and the other answered “no”.  Now the challenge was to get the one resident assistant that said “no” to say “yes”, but how?

First, I tried by just saying that it would be fun, and she wouldn’t want to be left out, which was an epic fail.  Then I tried by saying it would be a great spontaneous programming activity for her and her residents, nope, fail again. Finally, I offered to make them both dinner, so they would not have to walk to the cafeteria, and this time I got the answer I had been looking for: “okay”.

Once we were all bundled up we started to head outside to find a bunch of their residents coming to join the fun. We had a blast throwing snow at each other and making snow angels, however, the best part is when we found other residents sledding down a park hill and joined them.

After the fun was over, both of my resident assistants had big smiles on their faces, and one even said that was the first time she had ever gone sledding.  Neither one of the RAs were disappointed with taking a break and having fun in the snow.

The hardest part of having spontaneous fun in the snow was getting some of my RAs to consider even taking part in the fun.  After I got the one to go from Meh to Hmmm by offering the compromise of making food, everything else seem to fall into place.  Once the resident assistant decided she wanted a home cooked meal more than just sitting in the warmth, the other resident assistant was able to suggest we all get ready to play in the snow.  Once the residents saw their RAs having fun in the snow, they started to join and offer their own opinions of what we should do next: sledding, snowman, etc…

Some reminders for getting people involved:

1. Do not give up on asking the individual to get involved, but do not be too pushy.

2. Find different reasons as to why the individual would want to be a part of the event.

3. Remember that you may have to meet them where they are.

4. Remember that you might have to compromise with the individual to get them involved in the event.

5. Once one or two people are involved in the event and having fun, other individuals will naturally join the event.

6. Let others bring their ideas to the fun of the event, and the experience will be a positive one for everybody.

This was a great learning opportunity for me because I was reminded that you have to meet someone half-way. If you are willing to do or give something up for them, that individual will be more likely to do the same for you.