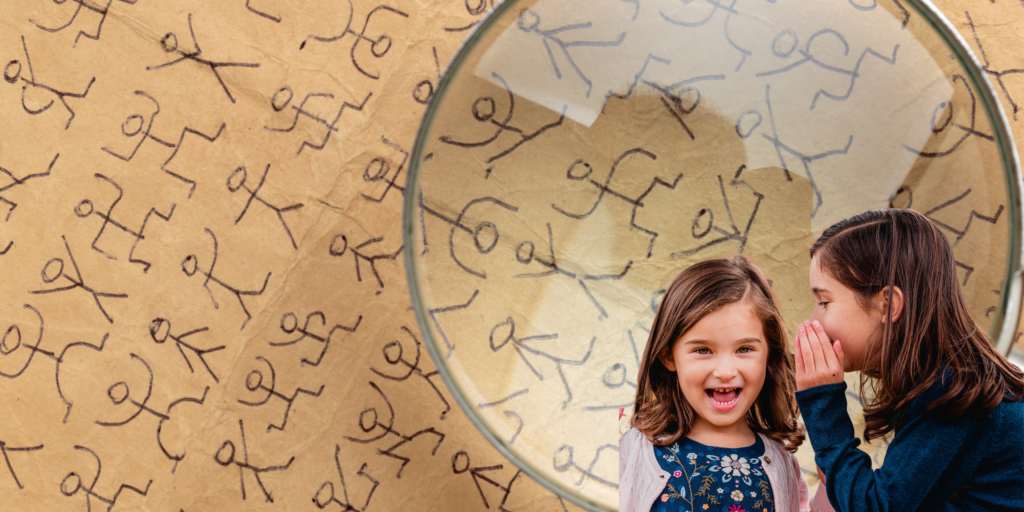 I joined a virtual community that I thought was about being a better parent,  but seeing everyone with bingo numbers in their name almost made me leave, thinking I had entered the wrong zoom room.

As a parent, I’m constantly thinking about how to be better because just when I think I’ve mastered the game, I seem to screw everything up. That’s what led me to join a community called Front Row Dads. My first meeting with the group was held online via Zoom. In preparation, I wrote down my biggest parenting questions and tips. I was beyond pumped! But as the meeting started, I looked at the members’ names on the screen and noticed something very odd. After each name was a series of what looked like bingo letters and numbers such as B6 or G3. Everyone changed their names to include the bingo callouts.

This was the first of two things that made me think I was in the wrong meeting.

The second odd thing happened when people kept typing the phrase “bonus time” into the chat box. I assumed it meant extra time, but after giving it some thought, I realized we were only seven minutes into the meeting, and there was no way we were already in bonus time. So what is with these dads?!?

As the meeting went on, I privately messaged a friend in the group who was a veteran member. I asked him what was going on with the bingo and bonus time. He explained that members put numbers and letters at the end of their names to represent their children’s age and gender; in his case, it was 4G,8B. BINGO, I got it! But what about the bonus time?

My friend explained that if someone shared something extremely valuable, other people would say, “bonus time” if they felt like that piece of info was enough to justify the value of the whole meeting. Then, anything that person gained after that point would consider bonus time. It all made sense to me now, so I changed my name to include G8 and typed into the chat box “Bouns Time” because of the valuable content my friend shared with me.

When I attended the second meeting, I felt like a veteran member. Knowing the internal language enabled me to engage more effectively and quickly with others.

Every engaged community has a secret internal language that only members of the community understand.

4 Reasons Why Your Community Needs its Own Internal Language

It creates a shared language

Sharing a language distinguishes a group from the crowd. A common language defines one community from another. Tribes have distinct cultures and traditions, one of which is their language which makes them unique and forms part of their identity.

It brings members together

The shared language helps creates a bond between the members. It helps them feel special and “in the know” because they are able to use and understand a language that would confuse any outsider. Each time members use the community language, they feel closer together.

It highlights the committed members

Remember back to your childhood when you created a secret alphabet with your friends to write letters back and forth? All the secret codes, symbols, and words don’t just facilitate better communication; they are also fun to use.

If you are thinking about how to improve your member engagement, introduce phrases or words that are unique to your community. Or, instead of starting your own parade, find the phrases or symbols that your members are already using and use your leadership position to share the idea with your whole community.

Facebook
Twitter
LinkedIn
Email
PrevPreviousWhy Random Acts of Kindness are a Sign of a Healthy Community
NextThe Three Core Principles of Member Engagement that Apply To Every CommunityNext
JOIN OUR NEWSLETTER
And we will send you tips on how to create a Culture of Connection™ in your organization.