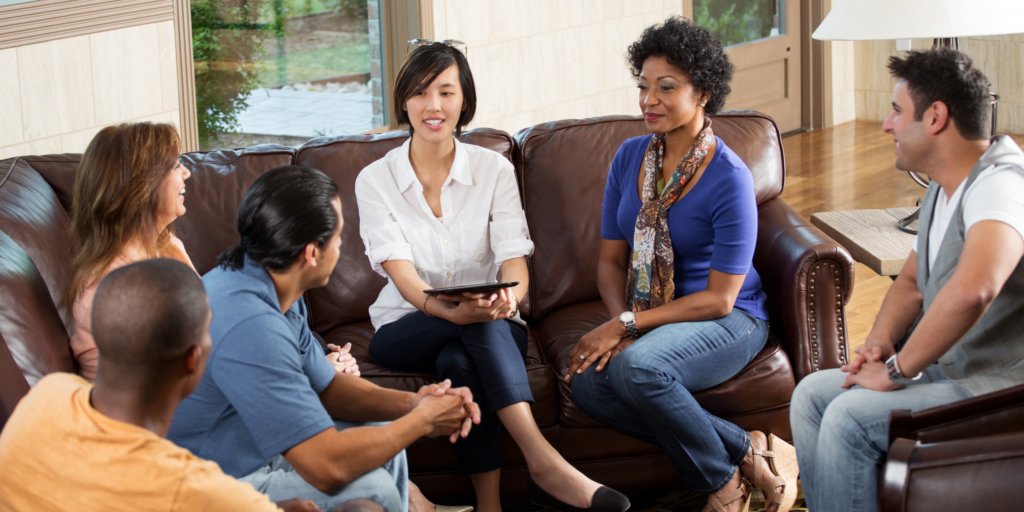 What started as the magic ingredient needed to save their community became a logistical nightmare.

Through a mutual connection, the head of a large community of e-commerce sellers invited me to lunch. The purpose of the meeting was to see if we could help them buck their negative member retention rates.

The organization had steadily grown to over 250 members in three years. They could easily predict growth yearly, but the numbers stalled in their fourth and fifth years and then reversed.

They tried increasing member benefits and events and discounting the membership fee, but nothing seemed to work. His frustration was evident from the start of our conversation.

“Have you ever heard of The Dunbar Number?” I asked him.

He shook his head no.

I explained to him that anthropologist Robin Dunbar hypothesized that our brains only hold up to 140-240 social connections at one time. That is called The Dunbar Number.

“Do your members ever meet in smaller groups between the larger events?” I asked him.

I explained to him that his community had reached a natural size limit and that the only way to keep engaging and retaining your members was to create what we call the “congregation within the congregation.” In other words, he needed to set up smaller groups among his members that would meet regularly.

He shook his head no.

Some call this a forum, mastermind, cohort, pod, dad band, or team. Whatever you call it, the process is similar.

Since I have over a decade of experience setting up and running these smaller groups for communities, I offered to work with them so they could see the results quickly.

One of the first things I made him understand was that it’s one thing to ramp up an internal mastermind system, and it’s another to manage the ongoing process. For example, people will switch groups, join new groups, and/or drop out. In addition, groups will need upkeep training so they don’t lose the core structure. All of this will happen after establishing the initial mastermind system.

He understood and committed to the full support needed.

To begin, we established two beta mastermind groups, each with eight members. However, after six months, one member left due to health complications, and two others left because they sold their e-commerce businesses. That left seven members in one group and six in the other.

During this time, we also formed three more mastermind groups, resulting in five active groups with a total of 56 members.

What started as a simple goal to ramp up an internal mastermind system was now a cornerstone of their membership that required resources to keep successful.

You cannot form an internal mastermind system and expect it to be self-managing because it won’t. Without support from the community leadership, they will die.

In a previous blog post, we discussed the benefits of building a community within a community. Now that you’ve decided to create smaller groups or masterminds, how do you properly manage or keep them running?

3 Ways to Provide Ongoing Support for Your Internal Mastermind Groups

Maintain a number greater than six

Your mastermind groups must have a sufficient number of members. The magic number is eight, but groups between six and ten members tend to do well. This way, there are just enough people to share ideas and connect with without being too many to manage. If there are fewer than six people, the energy level may drop. When there are more than ten people in the group, it can be challenging to manage, and each meeting needs more time. If a group only has six members, work with them to add one or two new members.

Choose and train a group moderator

Every mastermind group typically has a moderator who oversees the group. You can either select a member to permanently facilitate the process or allow members to take turns moderating. The leader runs the meeting, sets the tone, and keeps the group on track to get through the agenda. This sounds easy, but it’s hard unless you are a trained facilitator. That’s why you should provide ongoing support for your moderators. The support can be monthly emails, monthly training calls, or in-person trainings.

It’s natural for members to eventually have a conflict that causes friction within their group. Ideally, the group works out their conflict internally, but sometimes they can’t and need you to step in and mediate. Or you need to proactively step in and mediate if you see they aren’t resolving things on their own.

Big wins all around, but this is only possible because they committed the appropriate amount of resources needed to ramp up the program and keep it going.

Facebook
Twitter
LinkedIn
Email
PrevPreviousThe Best Way To Come Up With New Activities For Your Community
NextDesign Our 2023 #FreeHugs Postcard!Next
JOIN OUR NEWSLETTER
And we will send you tips on how to create a Culture of Connection™ in your organization.