5 Ways to Increase Your Virtual Engagement 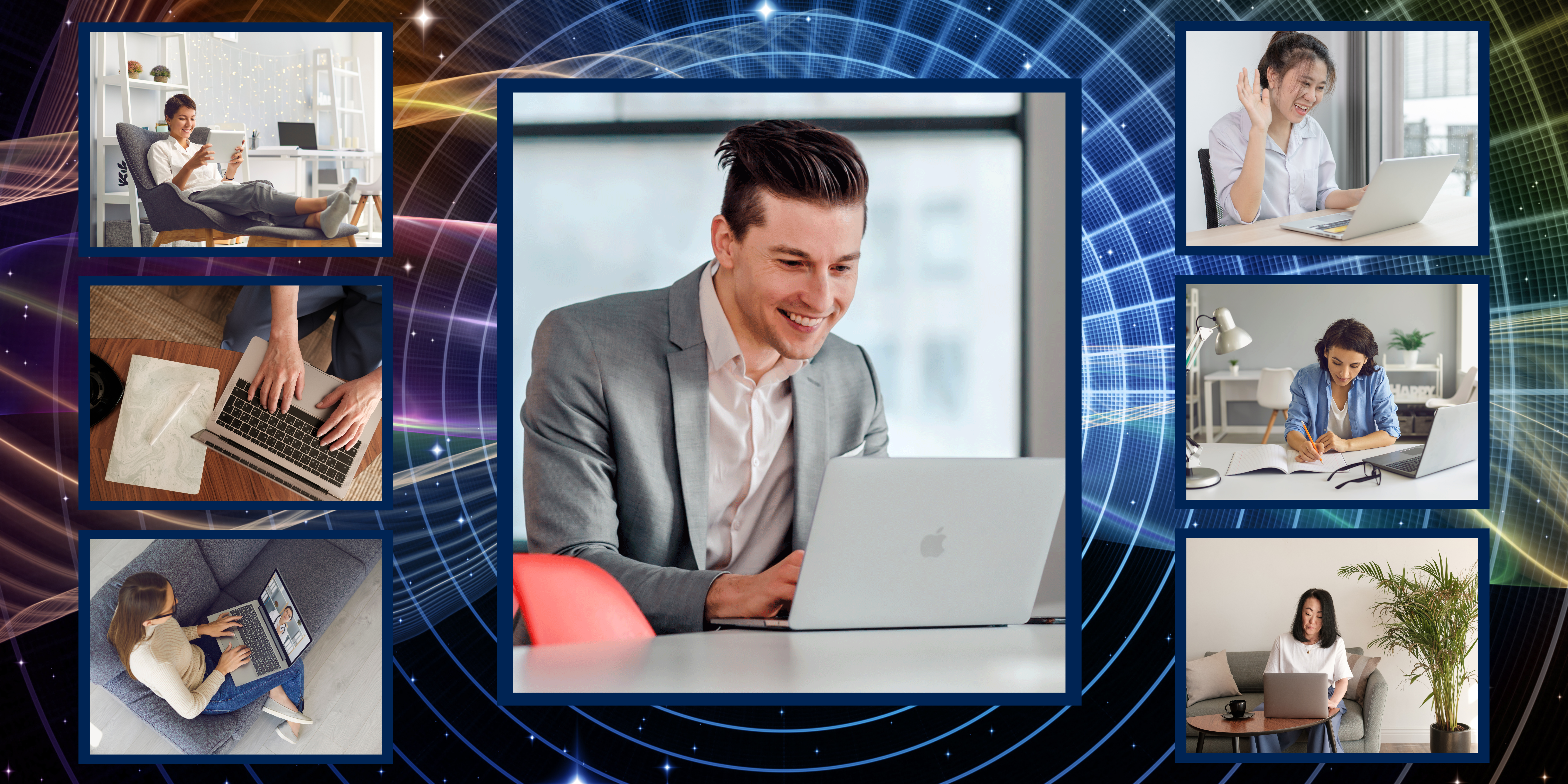 Five hundred people stared at me through their computers, waiting for me to say something. My palms were sweaty, my voice cracked, and my nerves took over. It was hard to know if the group was listening to the program or just staring at their screens, and I was just talking to myself. I’ve been a professional speaker for over 20 years, but this was my first time doing a live virtual program. By the end of the first program, only ten people had their cameras on. Every question I asked elicited zero responses.

My first virtual program was a disaster. Welcome to the new world of COVID.

I knew that if we were going to continue to be successful, things had to change, and our team had to master the ability to create highly engaging virtual programs.

By the time my second virtual program happened, I was prepared. I taped my notes to the side of my screen, bought new lights and a fancy microphone, and even set up a series of slides to show during my program. Ten minutes before the program, I let the advisor in to ensure everything was good on their end—5 more minutes. I double-checked my connection. 30 seconds… I clicked the “admit all” button on zoom, and BOOM, 300 participants flooded my screen. The music was blasting, and people were dancing. The survey results from the first program were through the *virtual* roof!

As I reflected on our first and second virtual programs, I realized how some critical changes made all the difference in terms of engagement. Since then, we’ve run 100s of exceptional virtual programs. Below are our top five tips and tricks to help you create a highly engaging virtual program.

5 Tips, Tricks, and Ideas to Help Your Program Flourish:

There are three primary learning modalities; visual, auditory, and kinesthetic. In other words, we see, hear, and do/feel. Everyone is made up of all three but usually has a stronger preference towards one; usually, it is to do/feel. Unfortunately, most programs tend to teach only visual or auditory. So your biggest challenge is to figure out ways to make your program more kinesthetic so that all three learning modalities are incorporated into the program. This could include having them leave their computer and find an object around them and bring it back to the screen or write something down on paper and hold it up for everyone to see.

Go For The Lowest Effort In Engagement

When engaging virtually with a group that may or may not want to be there, the main goal is to aim low, which we know is odd to say coming from a group of motivational speakers. Another way to say “aim low” is to pick actions that require the least effort. Ask your audience to type in their answers, click to answer a poll, or hold up an object to the camera. You could keep the questions you are asking simple by using yes/no responses instead of open-ended ones. One other tip for engagement is making a game out of using their camera. Ask questions, and if they answer yes, they turn the camera on. If it’s no, they keep it off. After each question, you tell them to reset and continue.

Instead of going directly to a large group discussion, first, have people reflect on the answer themselves. Then take advantage of the breakout rooms to have them discuss in small groups. This process of solo work, small group discussion, and large group sharing is called Me – Us – All and is a great way to ensure everyone is engaged and that the extroverts don’t dominate the conversation. Not everyone is an extrovert and wants to talk right away in a large group. About a third of the people in most groups are introverted and like to do things independently or in small groups before any large group.

Music Is A Must

For anyone who has ever been to our Dance Floor Theory program, you know we incorporate music extensively throughout the program. Music sets the tone, fills the dead air, and can make a space feel alive. Zoom allows you to play music directly through your computer to where it has a crisp sound. Go to Screen Share > Advanced Screen Share > Share Music to do this.

When speaking through a camera and not in person, we suspect about 15% of your energy is lost. That means that if you are speaking at an 80% level of energy, it’s only being received at 65% once it leaves your body, goes through the camera, into their screen, into their eyes, and into their brain to process. Where the energy flows, the engagement goes. Your energy level sets the tone for the group, so it’s up to you to increase your energy 15% more than what you are used to when doing a virtual program.

A few days after the second virtual program, the leader sent me an email saying that the group was raving about the program for days afterward. This was a significant difference compared to the feedback from the first program. The content was pretty much the same except for a few minor shifts like the ones listed above.

Facebook
Twitter
LinkedIn
Email
PrevPreviousShould Organizations Have Open Enrollment or Closed Enrollment?
NextThe Importance of Metrics and Meetings in Your OrganizationNext
JOIN OUR NEWSLETTER
And we will send you tips on how to create a Culture of Connection™ in your organization.